Munich Dialogues on Democracy conversation with Robert B. Zoellick 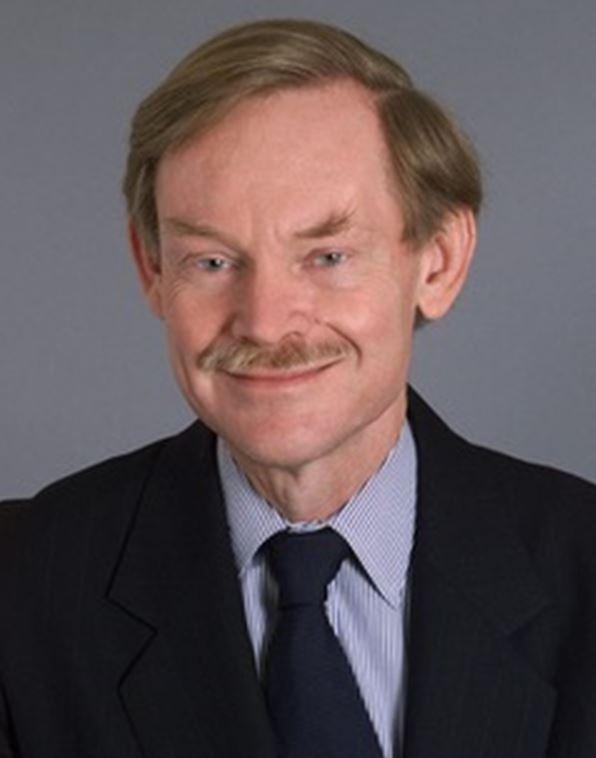 Munich Dialogues on Democracy conversation with Robert B. Zoellick

Dear Members of the Harvard Club of Munich,

Please save the date for a Munich Dialogues on Democracy conversation with Robert B. Zoellick, entitled AMERICA IN THE WORLD on March 25th 2021, 19:00.

Robert B. Zoellick was the President of the World Bank Group from 2007-12, U.S. Trade Representative from 2001 to 2005, and Deputy Secretary of State from 2005 to 2006. From 1985 to 1993, Zoellick served as Counselor to the Secretary of the Treasury and Under Secretary of State, as well as the White House Deputy Chief of Staff. Zoellick is now a Senior Fellow at the Belfer Center for Science and International Affairs at Harvard University's Kennedy School of Government, where he contributes to the "Applied History" project.

For more details about the event, see the invitation below.

A CONVERSATION WITH ROBERT B. ZOELLICK

America in the World
U.S Diplomacy and Foreign Policy Past, Present and Future

Robert B. Zoellick has served as Deputy Secretary, Under Secretary, and Counselor of the State Department; Ambassador and U.S. Trade Representative; Counselor to the Secretary of the Treasury; Deputy Chief of Staff at the White House; and President of the World Bank. His experience spans six U.S. Presidencies-during the Cold War, in its closing chapter, and into the first decades of the 21stCentury. Zoellick is now a Senior Fellow at the Belfer Center for Science and International Affairs at Harvard University's Kennedy School of Government, where he contributes to the "Applied History" project. He published his book, America in the World: A History of US Diplomacy and Foreign Policy in August 2020.
After watching former U.S. President Donald Trump turn his back on alliances, the international order, free trade, and human rights, it’s tempting to view his foreign policy as an aberration. In his highly acclaimed new book, Robert B. Zoellick suggests that the United States’ engagement with the world has always been a bit chaotic, a dance between two conflicting charges: the continent-sized pull of the ongoing national experiment and the belief that American exceptionalism can remake the world.

Using examples from Franklin, Hamilton, Lincoln and Roosevelt, Zoellick calls for a return to pragmatic leadership that doesn’t lose sight of higher principles and the value of alliances. He furthers his message including central contributions of four men who are now lesser known: Charles Evans Hughes for originating successful arms control, Elihu Root for international law, Cordell Hull for open trade, and Vannevar Bush for the centrality of science and technology to the U.S. global outlook.

Zoellick comes to us to make a strong case that the story of the past can help us make the future better.

“AMERICA IN THE WORLD” is a highly accessible and engaging history of U.S. diplomacy written by one of the country’s smartest and most capable foreign policy practitioners. Robert Zoellick understands better than most how inseparable America’s fate is from the rest of the world, and that timely lesson shines through the pages of this book.”
– Former Secretary of State MADELEINE ALBRIGHT

“An outstanding history of U.S. foreign policy by one of its leading practitioners. Zoellick grasps the essence of the debates over America’s role in the world and shows the constant interaction between global developments and the approaches of U.S. policymakers. It is a diplomatic history for the 21st century, grounded in the practical lessons of centuries past.”
– O.A. WESTAD, Yale University, author of The Cold War: A World History

Moderator Claire Berlinski is an author and journalist based in Paris. After receiving a degree in modern history and a doctorate in international relations from Oxford University, she has lived and reported from Southeast Asia and Turkey, and is now the editor of the Cosmopolitan Globalist.

Munich Dialogues on Democracy is a cooperation between The Yale Club of Germany e.V. and Amerikahaus – The Bavarian Center for Transatlantic Relations. For more information: www.dialoguesondemocracy.com