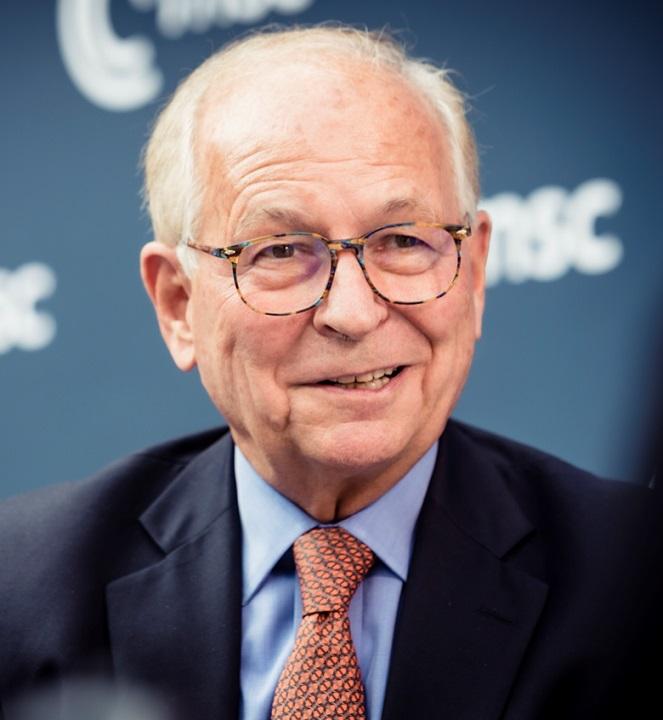 Dear Members and Friends of the Harvard Club of Munich,

The Harvard Club of Munich invites you to join us Tuesday, May 4 at 18:00 for a virtual lecture with Ambassador Wolfgang Ischinger, Chairman of the Munich Security Conference. Ambassador Ischinger will share his insights on the current state of international relations and Germany’s role in it. This lecture will be followed by an active Q&A session where audience participation is encouraged. Further details can be found below. Please email Lauren Tonti at tonti.harvardclubmuc@gmail.com with any questions.

The Harvard Club of Munich is now on Twitter! Follow @HarvardMunich to get the latest updates on HCM events as well as other alumni news.

Ambassador Wolfgang Ischinger has been Chairman of the Munich Security Conference (MSC) since 2008. He is Senior Professor for Security Policy and Diplomatic Practice at the Hertie School of Governance in Berlin and Honorary Professor at the University of Tübingen. He advises the governments, international organizations, and the private sector on strategic issues.

Ambassador Ischinger’s distinguished diplomatic career began in the Secretariat of the United Nations in New York in 1973. In 1975, he joined the Federal Republic of Germany’s Foreign Service. From 1982 to 1990, he was personal associate of the German Minister for Foreign Affairs. In 1990, he was named envoy and Head of the Political Department in the German embassy in Paris.

In 1993, he was named Director of the Policy Planning Staff and in 1995 Political Director. In that role, Ischinger led the German delegations during the Bosnian Peace negotiations in Dayton/Ohio in 1995, the negotiations on the NATO-Russia Founding Act in 1996/1997, and during the Kosovo crisis in 1998/99. In October 1998, he was appointed State Secretary (Deputy Foreign Minister) of the German Federal Foreign Office. From 2001 to 2006, he served as German Ambassador in Washington, DC, and, from 2006 to 2008, in London. In 2007, he also represented the EU in the Troika negotiations on the future of Kosovo.

In 2014, Ambassador Ischinger served as the Special Representative of the OSCE Chairman-In-Office in the Ukraine crisis. In 2015, he chaired an OSCE-mandated "Panel of Eminent Persons on European Security as a Common Project" tasked with providing advice on how to build a more resilient European security architecture.

Ambassador Ischinger is the recipient of many distinguished awards and honors, including the German Bundesverdienstkreuz, Leo Baeck Medal, Manfred Wörner Medal, and Nunn-Lugar Award. You can read more about Ambassador Ischinger and his many esteemed accomplishments here: https://securityconference.org/en/about-us/chairman/.